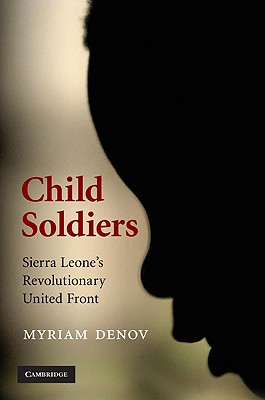 
Special Order—Subject to Availability
Tragically, violence and armed conflict have become commonplace in the lives of many children around the world. Not only have millions of children been forced to witness war and its atrocities, but many are drawn into conflict as active participants. Nowhere has this been more evident than in Sierra Leone during its 11-year civil war. Drawing upon in-depth interviews and focus groups with former child soldiers of Sierra Leone's rebel Revolutionary United Front, Myriam Denov compassionately examines how child soldiers are initiated into the complex world of violence and armed conflict. She also explores the ways in which the children leave this world of violence and the challenges they face when trying to renegotiate their lives and self-concepts in the aftermath of war. The narratives of the Sierra Leonean youth demonstrate that their life histories defy the narrow and limiting portrayals presented by the media and popular discourse.