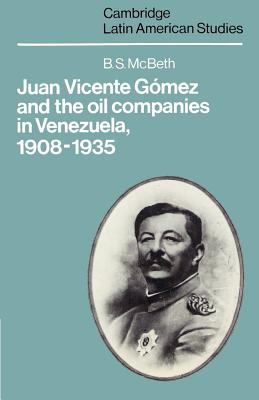 
Not On Our Shelves—Ships in 1-5 Days
(This book cannot be returned.)
After looking briefly at the reasons for the oil fraternity's choice of Venezuela, the book examines the relationship between G mez's government and the oil companies during this period. It deals with the government's initial encouragement, legislation, and unsuccessful attempts to increase production from the small number of companies operating before 1919. The important local links between the oil companies and vested interests, including G mez's family and entourage, are examined to determine the level of interaction between the two groups. The socio-economic effects of the companies are looked at in detail to ascertain their impact, both regionally and nationally, on agriculture, trade, currency fluctuations, industry and politics. Finally, the government's reaction to this and the degree of control exercised over the exploitation of its natural resources are examined.