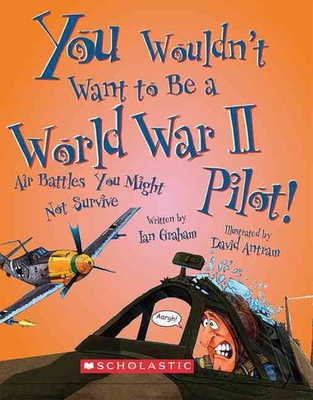 
Not On Our Shelves—Ships in 1-5 Days
This book examines the many hazards of flying a fighter jet for the Royal Air Force during World War II.This interactive series will enthrall young and reluctant readers (Ages 8-12) by making them part of the story, inviting them to become the main character. Each book uses humorous illustrations to depict the sometimes dark and horrific side of life during important eras in history.
Antram was born in Brighton, England. He studied at Eastbourne College of Art and then worked in advertising for 15 years before becoming a full-time artist.
Ian Graham is a highly experienced author having written over 180 illustrated non-fiction books and contributed to many articles for magazines. After completing a BSc. in applied physics he took a postgraduate diploma in Journalism at City University, London. He began work as an editor before setting up a freelance business writing and editing, this included editing the magazine Space Voyager. Ian now lives in Norfolk in the U.K.