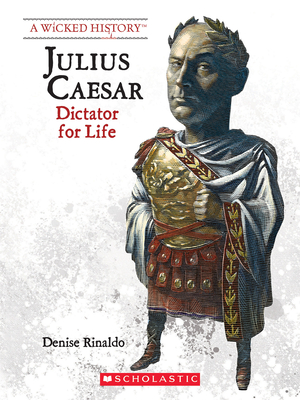 
Backordered
Julius Caesar rose from chaos to bring order to Rome.The wicked ways of some of the most ruthless rulers to walk the earth are revealed in these thrilling biographies (A Wicked History) about men and women so monstrous, they make Frankenstein look like a sweetheart. After gaining power, he attacked his allies and won a brutal civil war. Then he declared himself dictator and ruled Rome from a golden throne.