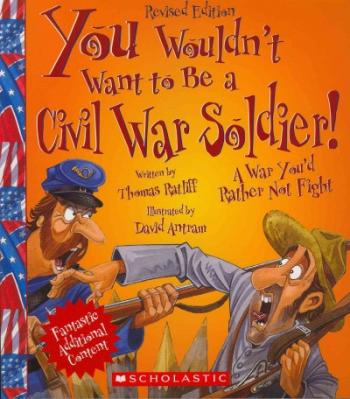 
Special Order—Subject to Availability
What are your chances of surviving America's bloodiest war?This interactive series will enthrall young and reluctant readers (Ages 8-12) by making them part of the story, inviting them to become the main character. Each book uses humorous illustrations to depict the sometimes dark and horrific side of life during important eras in history. It's 1861. War has broken out between the United States and the Confederate States of America, and you have answered President Lincoln's call for volunteers to fight for the Union. This new extended edition includes a Civil War timeline, details of major battles, and fascinating information on the role of women in the Civil War.
Antram was born in Brighton, England. He studied at Eastbourne College of Art and then worked in advertising for 15 years before becoming a full-time artist.