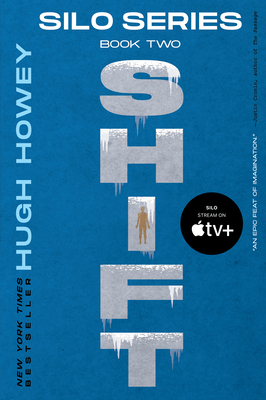 
Not On Our Shelves—Ships in 1-5 Days
In 2007, the Center for Automation in Nanobiotech (CAN) outlined the hardware and software platforms that would one day allow robots smaller than human cells to make medical diagnoses, conduct repairs, and even self-propagate. In the same year, the CBS network re-aired a program about the effects of propranolol on sufferers of extreme trauma. A simple pill, it had been discovered, could wipe out the memory of any traumatic event. At almost the same moment in humanity’s broad history, mankind discovered the means for bringing about its utter downfall. And the ability to forget it ever happened. This is the second volume in the New York Times best-selling Wool series.

HUGH HOWEY is the New York Times and USA Today best-selling author of Wool, Shift, Dust, Beacon 23, Sand, and Machine Learning. His works have been translated into more than forty languages and have sold more than three million copies worldwide. Wool and Beacon 23 are currently in development for television at AMC, and Sand is in development at Amazon.When Hugh is not aboard the Wayfinder, a fifty-foot catamaran that he is sails around the world, he is based in New York.

“The anxiety, claustrophobia and lethargy [Howey] conjures are heartfelt.” — The Guardian