The Book of Tormod #1: A Templar's Apprentice (Hardcover) 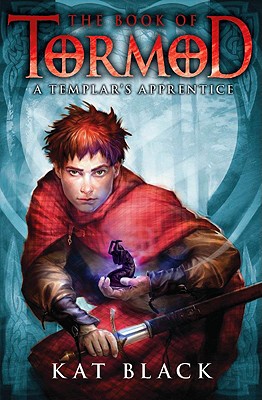 The Book of Tormod #1: A Templar's Apprentice (Hardcover)

This is book number 1 in the The Book Of Tormod series.

Scotland. 1307. Thirteen-year-old Tormod MacLeod is different. He knows things before they happen. Even his own brother treats him differently, and all Tormod can do is bide his time until he's old enough to leave the village and make something of himself. His chance comes sooner than expected when a Templar knight asks him to deliver a secret message. But Tormod's efforts end up endangering both their lives. What follows is a desperate journey to escape the army of King Philippe le Bel of France. If he is to survive, Tormod must learn to harness the powers within.
Before turning her talents to writing, Kat Black was a designer and the creative force behind Walter Lorraine Books. To achieve the historical and cultural accuracy for The Book of Tormod: A TEMPLAR'S APPRENTICE, her first novel, she traveled through Scotland in search of Templar lore. She lives with her family in Lynn, Massachusetts.