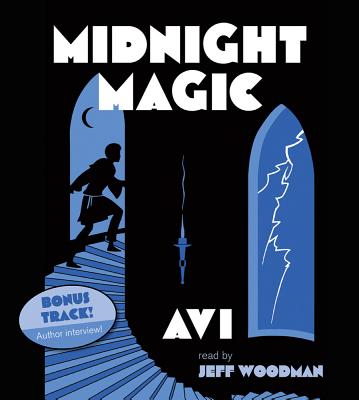 
Special Order—Subject to Availability
Newbery Medalist Avi's magical medieval mystery now available on audio!FORMAT: 5 CDs, UnabridgedNARRATOR: Jeff WoodmanOn a stormy night in the Kingdom of Pergamontio, an insistent knocking brings Fabrizio, the servant boy, to the door. Outside stands a solider summoning Fabrizio's master, Mangus the Magician, to the king's castle. Because Mangus has been under house arrest for confessing to be a magician, he cannot imagine why the king is calling for him. But magic is exactly what the king needs. He wants Mangus to free his daughter from the torment of a terrifying ghost. Mangus's life will depend on his success.
Avi's work spans nearly every genre and has received countless major prizes, including the Newbery Medal for Crispin: The Cross of Lead and Newbery Honors for Nothing But the Truth and The True Confessions of Charlotte Doyle. Avi lives in Colorado. You can learn more about him online at avi-writer.com.