I Survived the Bombing of Pearl Harbor, 1941 (Hardcover) 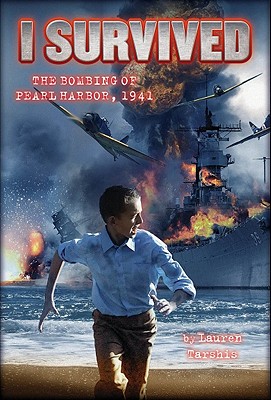 I Survived the Bombing of Pearl Harbor, 1941 (Hardcover)

This is book number 4 in the I Survived series.

70 years later, the bombing of Pearl Harbor comes to life for a new generation of readers
History's most terrifying moments are brought vividly to life in the action-packed fictional I SURVIVED series Do you have what it takes to survive ... the bombing of Pearl Harbor?
Eleven-year-old Danny Crane is alone on his favorite beach in Hawaii when the world is torn apart and World War II officially hits the United States. Does he have what it takes to find his way home in the midst of the bombs, the smoke, and the destruction of the day that will live in infamy?
Lauren Tarshis is the editor of Scholastic's Storyworks magazine and group editorial director for language arts for Scholastic classroom magazines, in addition to being the author of the I Survived series and the critically acclaimed novels Emma-Jean Lazarus Fell Out of a Tree and Emma-Jean Lazarus Fell in Love. She lives in Westport, Connecticut, and can be found online at www.laurentarshis.com.

Praise for I Survived the Sinking of the Titanic, 1912:

Praise for I Survived the Shark Attacks of 1916:

"This is a gripping story that will hold the interest of reluctant readers." -- SLJ