The Horse And The Plains Indians: A Powerful Partnership (Hardcover) 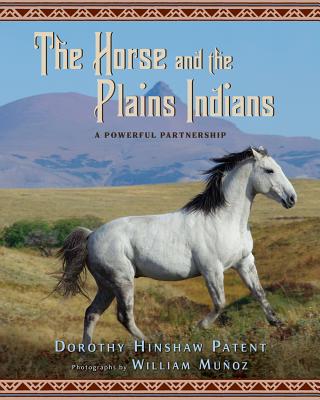 The Horse And The Plains Indians: A Powerful Partnership (Hardcover)

The image of a Native American on horseback has become ingrained in the American consciousness. But the Plains Indians and the horse were not always inseparable. Once, Native Americans used dogs to help carry their goods, and even after the Spaniards introduced the horse to the Americas, horses were considered so valuable that the Spanish would not allow the Indians to have them. But soon horses escaped from Spanish settlements, and Native Americans quickly learned how valuable the horse could be as a hunting mount, beast of burden, and military steed. Follow the story of this transformative partnership, starting in the early sixteenth century and continuing today.

Dorothy Hinshaw Patent holds a Ph.D. in zoology from the University of California, Berkeley. She is the recipient of the Washington Post--Children's Book Guild Nonfiction Award for her body of work, which includes more than 130 books for children and young adults on subjects ranging from biodiversity to the spirit bear. She lives with her husband in Missoula, Montana. You can learn more about her on her web site: www.dorothyhinshawpatent.com.