Island of the Blue Dolphins: A Newbery Award Winner (Paperback) 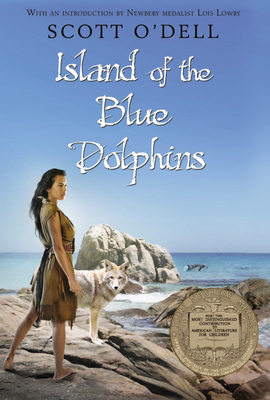 Island of the Blue Dolphins: A Newbery Award Winner (Paperback)

Scott O’Dell's Newbery Medal-winning classic is a gripping tale of survival, strength, and courage. Based on the true story of a Nicoleño Indian girl living alone on an island off the coast of California, Island of the Blue Dolphins has captivated readers for generations.

Karana had to contend with the ferocious pack of wild dogs that killed her younger brother, constantly guard against Aleutian sea otter hunters, and maintain a precarious food supply. Her courage, self-reliance, and grit has inspired millions of readers in this breathtaking adventure.

As Smithsonian magazine put it: "For kids all over the country, reading the book in language arts classes, Karana is a powerful symbol of their growing independence. Through her, they can imagine themselves making their way in the world alone—and thriving."

Scott O’Dell (1898–1989), one of the most respected authors of historical fiction, received the Newbery Medal, three Newbery Honor Medals, and the Hans Christian Andersen Author Medal, the highest international recognition for a body of work by an author of books for young readers. Some of his many books include The Island of the Blue Dolphins, The Road to Damietta, Sing Down the Moon, and The Black Pearl.

"Years of research must have gone into this book to turn historical fact into so moving and lasting an experience." — The Horn Book

"A haunting and unusual story based on the fact that in the early 1800s an Indian girl spent eighteen years alone on a rocky island far off the coast of California. A quiet acceptance of fate characterizes her ordeal." — School Library Journal (starred review)

"Island of the Blue Dolphins is a unique story about a young Nicoleno girl named Karana who learned how to survive on an island by herself. This book continues to be a source of empowerment and adventure to any reader who decides to follow Karana’s story." — The Guardian