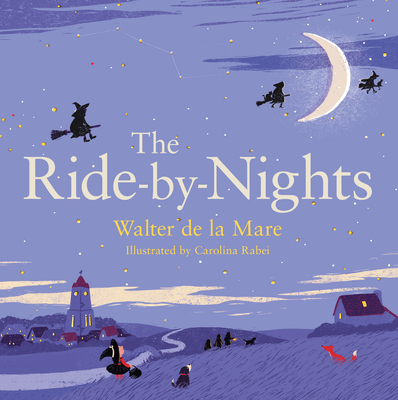 
In Stock—Click for Locations
Up on their brooms the Witches stream, Crooked and black in the crescent's gleam It's Halloween and a family is preparing to go trick-or-treating. Little do they know that up above them a coven of witches flies unseen through the starry sky... Carolina's stunning illustrations beautifully illuminate Walter de la Mare's thrilling, magical poem, published as a picture book for the first time. Part of the Four Seasons series.
Walter de la Mare (1873-1956) was a leading poet of the Georgian period whose most famous works include volumes like The Listeners (1912), Motley (1918) and The Veil (1921) as well as poetry and short stories for younger readers; Peacock Pie (1913), a collection of poems for children, is now considered a twentieth-century classic. Carolina Rabei was born in 1989 in Moldova. She moved to Cambridge, England in September 2012 to complete an MA in illustration. Her first picture book, Snow, with words by Walter de la Mare, was published to huge critical acclaim. The Ride-by-Nights is the second de la Mare picture book that she has illustrated.