A Raisin in the Sun (Paperback) 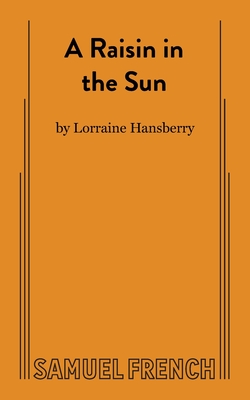 A Raisin in the Sun (Paperback)


Not On Our Shelves—Ships in 1-5 Days
(This book cannot be returned.)
Drama / 7m, 3f, 1 boy / Int. This groundbreaking play starred Sidney Poitier, Claudia McNeill, Ruby Dee and Diana Sands in the Broadway production which opened in 1959. Set on Chicago's South Side, the plot revolves around the divergent dreams and conflicts within three generations of the Younger family: son Walter Lee, his wife Ruth, his sister Beneatha, his son Travis and matriarch Lena, called Mama. When her deceased husband's insurance money comes through, Mama dreams of moving to a new hom.