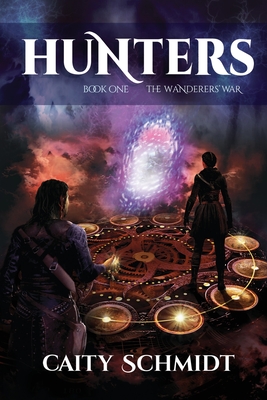 We all know the story of the kid that goes on a "magical adventure" only to return with a newfound sense of appreciation for family and home. But that's not always how the story goes, is it?

Hunters: The Wanderers' War: Book 1 follows Jac Torres who, after returning from her magical adventure, is told it was all a psychotic break. She spends the next several years medicated and in treatment, all to dampen the memory of magic in her veins and her desire to return to the only place she ever felt like was home.

Miserable for the last decade, she welcomes the meds that keep her from thinking about Braora. Now, if only her new therapist would stop demanding she talk about what never happened, she could stop fantasizing about breaking probation...

At her lowest point, Jac risks everything and steps through a portal on the sliver of hope she might get to go back. But the map is far bigger than she knew, she's not as special as she thought, her traveling companion is, at best, a manipulative liar, and, for some reason, people seem to want her dead.