What Are the Winter Olympics? (What Was?) (Paperback) 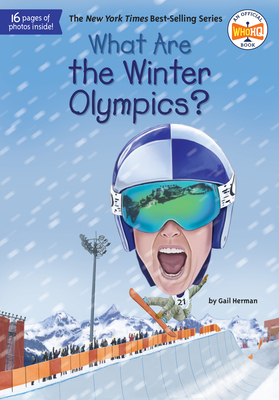 What Are the Winter Olympics? (What Was?) (Paperback)


Not On Our Shelves—Ships in 1-5 Days
Grab your skis, ice skates, and snowboard and learn how the Winter Olympic Games became a worldwide phenomenal event watched by millions.

Although fans the world over have been fascinated by the modern Summer Olympics since 1896, the Winter Olympics didn't officially begin until 1924. The event celebrates cold-weather sports, displaying the talents of skiers, ice skaters, hockey players, and, most recently, snowboarding. Like its summer counterpart, the Winter Games are dedicated to bringing together the world's top athletes to honor their talents and see who gets to stand on the medal podium. Gail Herman covers it all in a wonderful read--the highs, such as the 1980 US hockey team's unexpected gold medal grab, as well as the lows, including the Tonya Harding-Nancy Kerrigan figure-skating scandal in 1994. Includes 80 black-and-white illustrations and a 16-page photo insert.
Gail Herman has written several biographies and nonfiction books, including Who Is Wayne Gretzky?, What Is the World Series?, What Is Climate Change?, and What Is the Stanley Cup?