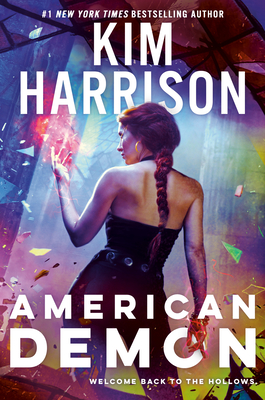 This is book number 14 in the Hollows series.

RACHEL MORGAN IS BACK--AND THE HOLLOWS WILL NEVER BE THE SAME.

What happens after you've saved the world? Well, if you're Rachel Mariana Morgan, witch-born demon, you quickly discover that something might have gone just a little bit wrong. That the very same acts you and your friends took to forge new powers may have released something bound by the old. With a rash of zombies, some strange new murders, and an exceedingly mysterious new demon in town, it will take everything Rachel has to counter this new threat to the world--and it may demand the sacrifice of what she holds most dear.
Kim Harrison is the author of the #1 New York Times bestselling Hollows series, including The Witch with No Name, The Undead Pool, and Ever After. She has published more than two dozen books—from young adult to speculative thriller—has written short fiction for various anthologies, and has scripted two original graphic novels set in the Hollows universe. She has also published traditional fantasy under the name Dawn Cook. Kim was born and raised in Michigan and is currently working on a new Hollows book between other projects.
"I wouldn't miss a Kim Harrison book for anything."--Charlaine Harris, New York Times bestselling author of the Sookie Stackhouse series

"The world of the Hollows is fast-moving, funny, harrowing, and scary, and--the greatest compliment to a fantasy--absolutely real."--Diana Gabaldon, New York Times bestselling author of the Outlander series