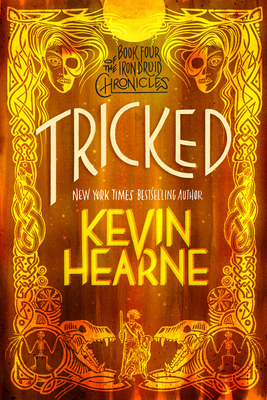 This is book number 4 in the The Iron Druid Chronicles series.

NEW YORK TIMES BESTSELLER • In the fourth novel of the Iron Druid Chronicles, two-thousand-year-old Druid Atticus O’Sullivan must pay his debts to cunning trickster god Coyote, a task that includes battling undead creatures of the night as well as a relentless hound of Hel and the goddess of death who commands it.

Cutting a deal with a trickster god rarely goes well for any human brave or foolish enough to try it, but Atticus doesn’t feel like he has a choice. With members of the Norse pantheon out for his blood, he can’t train his apprentice in peace, so he asks Coyote to help him fake his own death. The cost, however, might wind up being every bit as high as if he’d made no deal at all.

There are things hiding in the Arizona desert that don’t want any company, and Coyote makes sure they know Atticus has arrived. And then there's the hound of Hel, Garm, who’s terribly difficult to shake and not at all convinced that Atticus is dead.

Being tricked by a trickster is par for the course. But it’s the betrayal from someone he thought was a friend that shakes Atticus to the core and places his life in jeopardy. The real trick, he discovers, might be surviving his own faked death.