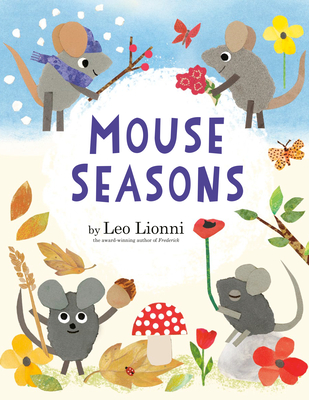 
In Stock—Click for Locations
The first new original Leo Lionni picture book in nearly 30 years, featuring the beloved mouse Frederick as he guides his fellow mice--and young listeners--through a joyous celebration of the seasons.

There is more than one way to prepare for a long winter, as Frederick tells his friends in the classic story. Gathering food and other supplies is important, but gathering the smells, sounds, and sights of a beautiful day to recall later are just as vital. How one little mouse cheers his entire community and prepares them for a full year ahead is a story that young children will love.
Leo Lionni wrote and illustrated more than 40 highly acclaimed children’s books. He received the 1984 American Institute of Graphic Arts Gold Medal and was a four-time Caldecott Honor Winner—for Inch by Inch, Frederick, Swimmy, and Alexander and the Wind-Up Mouse. Leo Lionni died in October of 1999 at his home in Tuscany, Italy, at the age of 89.
"While it is not possible to have true new Lionni, this expansion provides a charming companion to the earlier work and invites new fans to enter a larger creative world."--Booklist