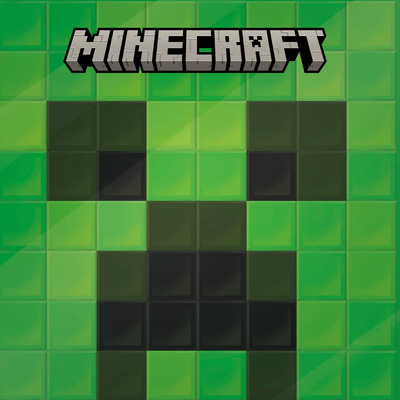 
Not On Our Shelves—Ships in 1-5 Days
Discover the Creeper mob—and learn to survive it—in this action-packed storybook based on Minecraft, the world's best-selling video game! Press-out Creeper figure included!

Minecraft® is the best-selling video game of all time! And now younger fans who are just starting to play the game can learn all about the Creeper mob in this new MOBS OF MINECRAFT storybook that shows when they spawn, how to defeat them, and the helpful items they drop when you do! Featuring game play and crafting hints within an engaging story, this Minecraft storybook is perfect for children ages 4 to 7. A bonus press-out foldable Minecraft Creeper figure adds to the fun!

Look for these other great Minecraft® titles:


© 2022 Mojang AB. Minecraft, the MINECRAFT logo and the MOJANG STUDIOS logo are trademarks of Microsoft Corporation

Christy Webster edits and writes books for kids as part of her job in the editorial department of a major New York children's book publisher. She is a big fan of popular culture and has a great eye for quirky illustration styles. Among her titles are A is for Awful: A Grumpy Cat ABC Book, Big Fish, Little Fish, and I Can Be a Ballerina. She lives in Queens, New York.

Alan Batson is a British cartoonist and illustrator. His works include Everything I Need to Know I Learned from a Star Wars Little Golden Book, Everything That Glitters is Guy!, and Baby McStuffins.