Mind Crash: (A poke in the third eye with a sharp stick) (Paperback) 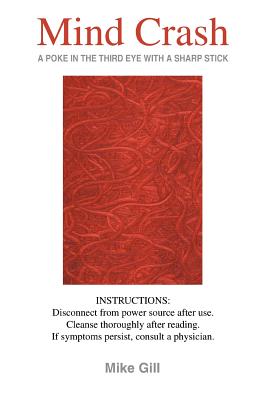 Mind Crash: (A poke in the third eye with a sharp stick) (Paperback)


Not On Our Shelves—Ships in 1-5 Days
(This book cannot be returned.)
Mind Crash sets out to explore the deepest recesses of the human psyche through the utilization of several, quite often brutal, language exploration techniques.

The results, a seemingly random collection of metaphysical short stories, cut-ups, koans, poems and automatic writing, are often as unsettling as they are darkly humorous.

Whilst employing these frequently painful mental gymnastic routines, the author unwittingly unleashes, and subsequently exorcises, a number of allegorical demons.

Do not forget to bolt your windows whilst reading it

Mind Crash originally started life as a series of sporadic newsletters, available through subscription only, to a selective band of cultural mischief-makers dotted around the USA, Europe and Japan.

These long-since out of print works, together with previously unpublished pieces, have now been composed into a single volume for the very first time.