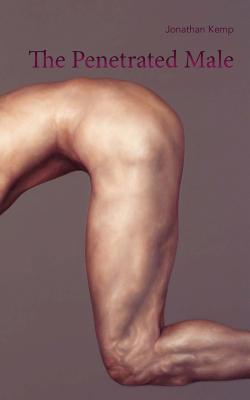 
Not On Our Shelves—Ships in 1-5 Days
(This book cannot be returned.)
"There is much to like about a book which gets real about the male anus as a site of penetrability which is not reducible to discourses of feminization, phallicization or psychosis. With real panache and poetic flair, it returns us to an earlier moment in queer theoretical discourse we would associate with Lee Edelman's Homographesis (easily the best book ever written in queer theory and every page of The Penetrated Male reminded me of it), Calvin Thomas' Male Matters, and Leo Bersani's "Is the Rectum a Grave?" Given the recent squeamishness ... in queer theoretical circles about shit, anality, and penetrability, there is real value (and it is not some sort of nostalgia for an earlier moment we might want to get back to) in this book which never shies away from any of these matters. As embodied and eroticized theory, it fills a much needed hole in contemporary discourse about the male body. It is a book I should like to have written." (Michael O'Rourke)

Through nuanced readings of a handful of modernist texts (Baudelaire, Huysmans, Wilde, Genet, Joyce, and Schreber's Memoirs), this book explores and interrogates the figure of the penetrated male body, developing the concept of the behind as a site of both fascination and fear. Deconstructing the penetrated male body and the genderisation of its representation, The Penetrated Male offers new understandings of passivity, suggesting that the modern masculine subject is predicated on a penetrability it must always disavow. Arguing that representation is the embodiment of erotic thought, it is an important contribution to queer theory and our understandings of gendered bodies.

Jonathan Kemp teaches creative writing and comparative literature at Birbeck College, University of London. His first novel, London Triptych (2010) was shortlisted for the inaugural Green Carnation Prize and won the Authors' Club Best First Novel Award. His second book Twentysix (2011) is a meditation on sex and language in the tradition of Genet, Bataille, Acker.