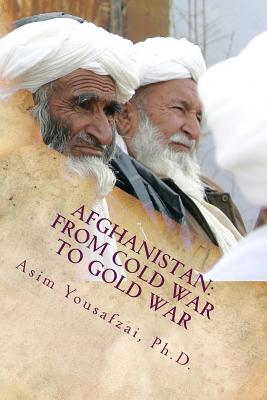 
Not On Our Shelves—Ships in 1-5 Days
(This book cannot be returned.)
There is a long list of books available on the Afghan crisis but each highlights a specific issue. There is no comprehensive book which summarizes the events leading to the Afghan war of 2001 and beyond. This book has been written to fill in that void. This book provides an overview of the Afghan conflict and explains why it has become a 'Graveyard of Empires'. The book describes the present and future of Afghanistan in the backdrop of US/NATO troops withdrawal in 2014. The book also explains Afghanistan's transition from a Cold War era to one where mineral wealth could be the next target for the World Powers. The book can prove to be a great resource for anyone currently working in Afghanistan or who intend to work there in the near future. Military personnel can especially benefit from the contents as they are concise and summarize the major events in the past and present. It can also prove to be a good starting point for geoscience professionals and those who are working on the natural resources in general. The book should be used as a general reference only as nothing has been described in detail. It is intended for general readers; even the scientific topics are written with the interest of a general reader in mind. The unique feature of the book is that history and international politics have been combined with natural resources for the first time under one title. Original pictures from the scene aid in understanding the conundrum. Most of the material in this book came directly from the author's interaction with ordinary Afghans, government officials and most importantly US and NATO military personnel working in Afghanistan. More emphasis has been placed on the southern part of the country where the Taliban insurgency is strong and where the civilian infrastructure is non-existent. Over the course of his research for this book, Dr. Yousafzai was starkly reminded of the fact that most military and civilian personnel have no idea why the Afghans behave the way they do. Ironically, most military officials also have no clue why they are there in the first place Regardless of their knowledge of the Afghan quagmire, he salutes their dedication to the invaluable service they have been providing since the war began in late 2001. The book is divided into three parts detailing the history of the Afghan war; the present scenario and whether the country's future can be predicted by looking at its bloody history. What kind of lessons the US/NATO officials learned from the Afghan adventure have been detailed throughout the book. As a native Pashtun, Dr. Yousafzai grew up in Peshawar and witnessed the rise and fall of military dictatorships, religious extremism and the plight of ordinary Pashtuns across the Durand Line. The first part of the book describes some of those experiences which are a direct result of his 20 years of working experience in the Afghanistan-Pakistan region. The second part of the book summarizes the untapped mineral wealth of Afghanistan and the efforts to control its natural resources. Situation on the ground is discussed in some detail in the third part of the book along with a roadmap towards the uncertain future.
The author is a geoscience professional and has worked in the South and Central Asian regions for the past 20 years. He received his B.S. degree from University of Peshawar in 1993 and a Ph.D. degree from Kent State University in 2005. Dr. Yousafzai has developed a deep understanding of the region from cultural, linguistic, ethnic, geographic, geologic and religious perspectives. He has published numerous articles on the natural resources of Afghanistan and Pakistan. He is an amateur photographer and an avid traveler. The author can be contacted/followed @asimusafzai on Twitter and Asim Yousafzai on Facebook.