Poems At A Social Distance (Paperback) 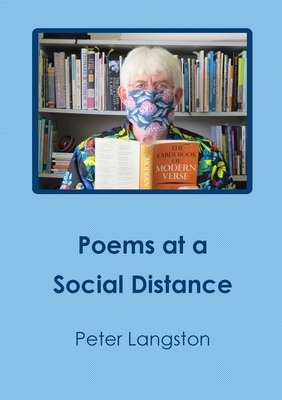 Poems At A Social Distance (Paperback)


Not On Our Shelves—Ships in 1-5 Days
(This book cannot be returned.)
Welcome to Poems At A Social Distance, a title that stems from a series of gigs of the same name, streamed live on social media during the first height of everybody's favourite pandemic. In a poet's truth, its intention was to allude to the deliberate gap which my capacity for expressing ideas has always stood me on the other side of. I like that gap. It's both a comfort and buffer against social impertinences I would rather observe than participate in but there are times when bridges form and I must cross or be invaded. That's when I write. Circumstance can either compress or exaggerate Time, so what had been my usual pattern of sending my messages out like sonar buoys every two years, has stretched. It has been nearly five since While I Wasn't Looking disturbed no one except the poet. In that extended passage, the care of my dying father, both before and after the event, has dominated the practicality of days and vulnerability of nights. So it should. Some of his love and thrashings have found their way, unapologetically, onto these pages; as have my occasional urges to suggest saner directions in social policy and how we might go about surviving the daily processes of bumping into the other numb skulls in our neighbourhood. There is more humour than the faithful will be used to: intended to salt the social comment and the inevitable lapses into introspection that are the cost of red wine and age. A sealed section at the back is intended for children or adults under their close supervision. As I age, communicating with children seems more important, for they need to know it will be alright and that the dualities of trusting and expressing their feelings are crucial to their futures. In a further poet's truth, I still feel I have things to say and while I can, I should say them or else drive my wife mad. Her journey has been hard enough. With less and less avenues to walk these ideas along, this traditional method of gathering together periods of crossing the gap is still relevant, is still useful. I have no pretension of being anything more than the voice of the amalgam of ideas and experiences which have been laundered through me and will bear my stain. At best, if I can provide a safe scaffold for your bigger thinking to build its journey to the top floor, that would be a nice outcome. If one single thought can hold your hand when you are afraid of the dark, then sunrise isn't that far away. At least, that's how it looks from over here.