Scourge of Scotland (Into the Abyss #2) (Paperback) 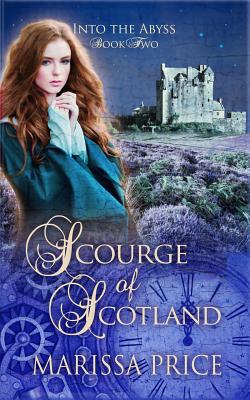 Scourge of Scotland (Into the Abyss #2) (Paperback)

By Marissa Price, The Literature Factory (Prepared by)

So this is Scotland...the land of the purple heather.

Harriet Hunter is back again, this time battling against time in her final semester of study. Friendships have imploded, boys are on the horizon and the best friends Harriet has come from a time 600 years earlier. Feeling like a fish out of water, Harriet struggles to find her place in her little Tasmanian high school and in her wider world. Ever since her trip back to Verona six months before, Harriet has searched relentlessly for the key to her time travelling ability...does she belong in contemporary reality, or will she go back to the place that feels more like home at time: Verona.

The winter solstice holds part of the secret, propelling Harriet back to the time of Macbeth - straight into a bloody battle for crown and kingdom. With an unexpected guest in tow, Harriet takes on the persona of a travelling noblewoman far from home. But this time it isn't just mistaken identities and overbearing fathers that she has to battle against. This time it's powerful dark magic, murderous intentions and slain kinsmen who cloud Harriet's vision of what she must accomplish in 11th Century Scotland.

Who is Harriet here to save, and will she succeed before she returns to her own reality?

Price reimagines the classic tragedy of Macbeth from the perspective of a modern woman accustomed to the attitudes and prejudices of her own time: not those of a pre-medieval society.