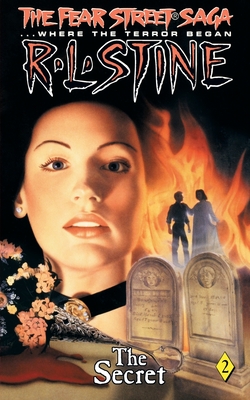 This is book number 2 in the Fear Street Saga series.

In the second novel of a terrifying trilogy, R.L. Stine takes you back in time, finally telling the awful truth of what happened to the cursed Fear family…and why their evil lives on. Simon Fier meets an old gypsy who tells him his family will all die in a terrible fire. Terrified, he changes the family name to Fear, but he can’t escape the curse.
R.L. Stine invented the teen horror genre with Fear Street, the bestselling teen horror series of all time. He also changed the face of children’s publishing with the mega-successful Goosebumps series, which went on to become a worldwide multimedia phenomenon. Guinness World Records cites Stine as the most prolific author of children’s horror fiction novels. He lives in New York City with his wife, Jane, and their dog, Nadine.