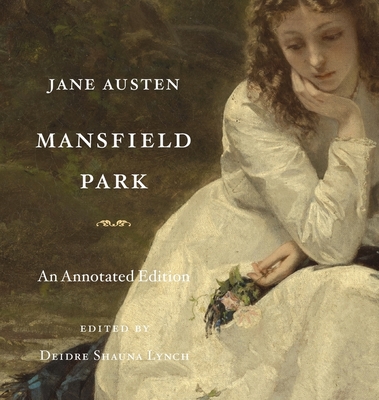 Jane Austen's most ambitious novel, Mansfield Park, has always generated debate. Austen herself noted that debate when she conducted a reader survey, recording her acquaintances' mixed reviews in a booklet she entitled "Opinions of Mansfield Park." Is this novel's dutiful heroine, Fanny Price, admirable? Or is she (as Austen's own mother asserted) "insipid"? Is Fanny actually the heroine, or does that title belong more properly to her rival, Mary Crawford? Does Fanny's uncle, Sir Thomas Bertram, act as her benefactor, or as a domestic tyrant? In her notes and introduction to this final volume in Harvard's celebrated annotated Austen series, Deidre Shauna Lynch outlines the critical disagreements Mansfield Park has sparked and suggests that Austen's design in writing the novel was to highlight, not downplay, the conflicted feelings its plot and heroine can inspire.

Lynch also engages head-on with the novel's experimentalism, its technical virtuosity, and its undiminished capacity, two centuries later, to disturb and to move. Annotations clarify the nuances of Austen's language and explain the novel's literary allusions and its engagements with topical controversies over West Indian slavery and the conduct of Britain's war against France. The volume's numerous illustrations enable readers to picture the world Mansfield Park's characters inhabit, underscoring the novel's close attention to setting and setting's impact on character.

Mansfield Park: An Annotated Edition opens up facets of the novel for even devoted Janeites while extending an open hand to less experienced readers. It will be a welcome addition to the shelf of any library.