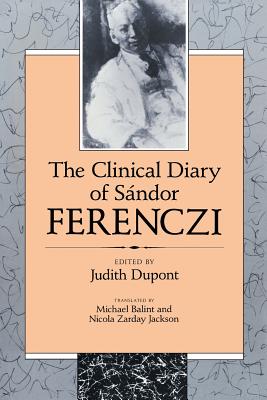 
Not On Our Shelves—Ships in 1-5 Days
In the half-century since his death, the Hungarian analyst S ndor Ferenczi has amassed an influential following within the psychoanalytic community. During his lifetime Ferenczi, a respected associate and intimate of Freud, unleashed widely disputed ideas that influenced greatly the evolution of modern psychoanalytic technique and practice. In a sequence of short, condensed entries, S ndor Ferenczi's Diary records self-critical reflections on conventional theory--as well as criticisms of Ferenczi's own experiments with technique--and his obstinate struggle to divest himself and psychoanalysis of professional hypocrisy. From these pages emerges a hitherto unheard voice, speaking to his heirs with startling candor and forceful originality--a voice that still resonates in the continuing debates over the nature of the relationship in psychoanalytic practice.