Wild by Design: The Rise of Ecological Restoration (Hardcover) 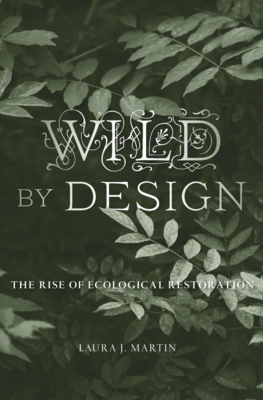 Wild by Design: The Rise of Ecological Restoration (Hardcover)

An environmental historian delves into the history, science, and philosophy of a paradoxical pursuit: the century-old quest to design natural places and create wild species.

Environmental restoration is a global pursuit and a major political concern. Governments, nonprofits, private corporations, and other institutions spend billions of dollars each year to remove invasive species, build wetlands, and reintroduce species driven from their habitats. But restoration has not always been so intensively practiced. It began as the pastime of a few wildflower enthusiasts and the first practitioners of the new scientific discipline of ecology. Restoration has been a touchstone of US environmentalism since the beginning of the twentieth century. Diverging from popular ideas about preservation, which romanticized nature as an Eden to be left untouched by human hands, and conservation, the managed use of natural resources, restoration emerged as a "third way." Restorationists grappled with the deepest puzzles of human care for life on earth: How to intervene in nature for nature's own sake? What are the natural baselines that humans should aim to restore? Is it possible to design nature without destroying wildness? Laura J. Martin shows how, over time, amateur and professional ecologists, interest groups, and government agencies coalesced around a mode of environmental management that sought to respect the world-making, and even the decision-making, of other species. At the same time, restoration science reshaped material environments in ways that powerfully influenced what we understand the wild to be. In Wild by Design, restoration's past provides vital knowledge for climate change policy. But Martin also offers something more--a meditation on what it means to be wild and a call for ecological restoration that is socially just.