Inventing the Individual: The Origins of Western Liberalism (Paperback) 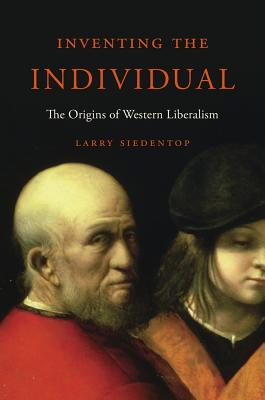 Inventing the Individual: The Origins of Western Liberalism (Paperback)

Here, in a grand narrative spanning 1,800 years of European history, a distinguished political philosopher firmly rejects Western liberalism's usual account of itself: its emergence in opposition to religion in the early modern era. Larry Siedentop argues instead that liberal thought is, in its underlying assumptions, the offspring of the Church.

"It is a magnificent work of intellectual, psychological and spiritual history. It is hard to decide which is more remarkable: the breadth of learning displayed on almost every page, the infectious enthusiasm that suffuses the whole book, the riveting originality of the central argument or the emotional power and force with which it is deployed."
--David Marquand, New Republic "Larry Siedentop has written a philosophical history in the spirit of Voltaire, Condorcet, Hegel, and Guizot...At a time when we on the left need to be stirred from our dogmatic slumbers, Inventing the Individual is a reminder of some core values that are pretty widely shared."
--James Miller, The Nation "In this learned, subtle, enjoyable and digestible work Siedentop] has offered back to us a proper version of ourselves. He has explained us to ourselves... A] magisterial, timeless yet timely work."
--Douglas Murray, The Spectator "Like the best books, Inventing the Individual both teaches you something new and makes you want to argue with it."
--Kenan Malik, The Independent