Letters to a Young Poet (Hardcover) 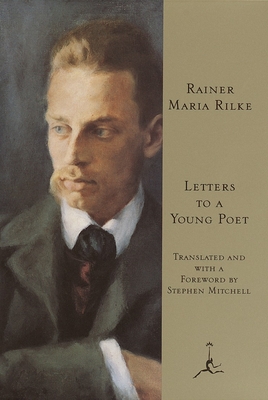 Letters to a Young Poet (Hardcover)


Special Order—Subject to Availability
Rilke’s Letters to a Young Poet are arguably the most famous and beloved letters of the twentieth century. Written when the poet was himself still a young man, with most of his greatest work before him, they were addressed to a student who had sent Rilke some of his own writing, asking for advice on becoming a writer. The two never met, but over a period of several years Rilke wrote him these ten letters, which have been cherished by hundreds of thousands of readers for what Stephen Mitchell calls in his Foreword the "vibrant and deeply felt experience of life" that informs them. Eloquent and personal, Rilke’s meditations on the creative process, the nature of love, the wisdom of children, and the importance of solitude offer a wealth of spiritual and practical guidance for anyone. At the same time, this collection, in Stephen Mitchell’s definitive translation, reveals the thoughts and feelings of one of the greatest poets and most distinctive sensibilities of the twentieth century.
Rainer Marie Rilke, the great Austro-German poet, was the author of many works including Duino Elegies and Sonnets to Orpheus.

Stephen Mitchell's translations include Ahead of All Parting: The Selected Poetry of Rainer Maria Rilke, The Book of Job, Tao Te Ching, and, most recently, Bhagavad-Gita. He lives in California.
"The common reader will be delighted by Stephen Mitchell’s new translation of that slim and beloved volume by Rilke, Letters to a Young Poet . . . the best yet."
--Los Angeles Times