Tales of the Unexpected (Paperback) 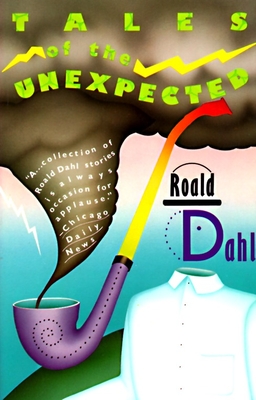 Tales of the Unexpected (Paperback)


Special Order—Subject to Availability
In this collection of stories, Dahl tantalizes, amuses, and sometimes terrifies readers into a sense of what lurks beneath the ordinary. Included in this collection are such notorious gems of the bizarre as “The Second Machine,” “Lamb to the Slaughter,” “Neck,” and “The Landlady.”

“With the inventive power of a Thomas Edison and the imagination of a Lewis Carroll . . . Roald Dahl is a wizard of comedy and the grotesque, an artist with a marvelously topsy-turvy sense of the ridiculous in life.” —Cleveland Plain Dealer
Roald Dahl (1916-1990) was born in Llandaff, South Wales, and went to Repton School in England. His parents were Norwegian, so holidays were spent in Norway. As he explains in Boy, he turned down the idea of university in favor of a job that would take him to 'a wonderful faraway place'. In 1933 he joined the Shell Company, which sent him to Mombasa in East Africa. When World War II began in 1939 he became a fighter pilot and in 1942 was made assistant air attaché in Washington, where he started to write short stories. His first major success as a writer for children was in 1964. Thereafter his children's books brought him increasing popularity, and when he died children mourned the world over, particularly in Britain where he had lived for many years.