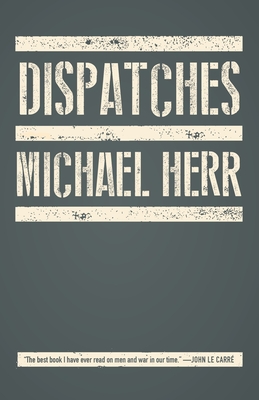 
In Stock—Click for Locations
"The best book to have been written about the Vietnam War" (The New York Times Book Review); an instant classic straight from the front lines.

From its terrifying opening pages to its final eloquent words, Dispatches makes us see, in unforgettable and unflinching detail, the chaos and fervor of the war and the surreal insanity of life in that singular combat zone. Michael Herr’s unsparing, unorthodox retellings of the day-to-day events in Vietnam take on the force of poetry, rendering clarity from one of the most incomprehensible and nightmarish events of our time.

Dispatches is among the most blistering and compassionate accounts of war in our literature.
Michael Herr was a novelist and war correspondent. Born in Lexington, Kentucky in 1940, he began reporting from Vietnam for Esquire in the 1960s, during the height of the war. He later chronicled those experiences in his memoir, Dispatches. He is the author of three other books, The Big Room, Walter Winchell, and Kubrick, and coauthor of the screenplays for Apocalypse Now and Full Metal Jacket. He died in 2016.

“The best book I have ever read on men and war in our time.” —John le Carré

“In the great line of Crane, Orwell, and Hemingway . . . Herr reaches an excruciating level of intensity . . . He seems to have brought to this book the ear of a musician and the eye of a painter . . . The premier war correspondence of Vietnam.” —The Washington Post