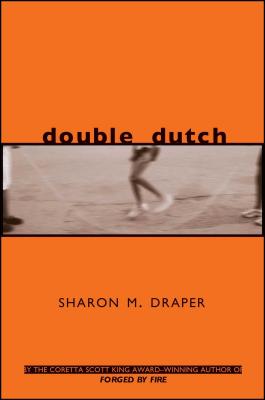 
Special Order—Subject to Availability
A young girl who loves Double Dutch is caught in the crossfire of the secrets she, her best friend, and the school bullies are keeping in this emotional middle grade novel.

Delia loves Double Dutch more than just about anything, and she’s really good at it—so good she and her teammates have a shot at winning the World Double Dutch Championships. Delia would die if she couldn’t jump—but she’s hiding something could keep her off the team next year.

Delia’s friend Randy has a secret too, one that has him lonely and scared. And while Delia and Randy struggle to hide parts of themselves, their school is abuzz with rumors about what malicious mischief the terrible Tolliver twins—who just may have a hidden agenda of their own—are planning.

Delia and Randy’s secrets collide on what should be the happiest day of Delia’s life, and the collision threatens to destroy their friendship. Why can’t life be as easy for Delia as Double Dutch?
Sharon M. Draper is a three-time New York Times bestselling author and a recipient of the Margaret A. Edwards Award honoring her significant and lasting contribution to writing for teens. She has received the Coretta Scott King Award for both Copper Sun and Forged by Fire, and was awarded the Charlotte Huck Award for Stella by Starlight. Her novel Out of My Mind has won multiple awards and was a New York Times bestseller for over three years, and Blended has also been a New York Times bestseller. She taught high school English for twenty-five years and was named National Teacher of the Year. She now lives in Florida. Visit her at SharonDraper.com.