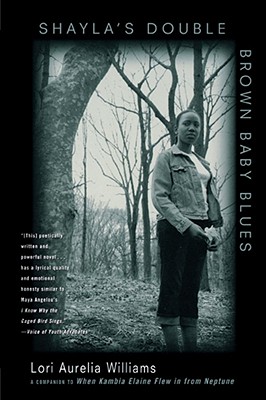 
Not On Our Shelves—Ships in 1-5 Days
Things are changing for thirteen-year-old Shayla Dubois, no matter how hard she tries to fight it. Her father and his new wife have a baby girl named Gift -- born on Shayla's own birthday. Gift has Shayla's special eyes (the eyes of a writer), her father's last name, and the love that should have been Shayla's. But jealousy is the least of Shayla's problems. Someone's been sending her best friend, Kambia Elaine, cruel packages that remind Kambia of her traumatic past. There is also Shayla's new friend Lemm who makes her skin tingle in the weirdest way. He's handsome, smart, smooth talking, and has demons of his own to hide. But in order to help her friends, Shayla must first learn how to help herself.
Lori Aurelia Williams is the author of When Kambia Elaine Flew In from Neptune and Shayla's Double Brown Baby Blues. She holds a master's degree in English from the University of Texas at Austin, where she was awarded both a James A. Michener Fellowship and a scholarship in creative writing. Born in Houston, Lori Aurelia Williams lives in Austin.