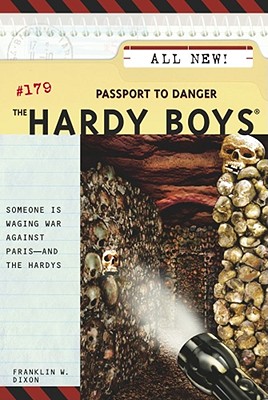 This is book number 179 in the Hardy Boys series.

Frank and Joe Hardy can't resist an invitation to volunteer with the crew for a soccer match in Paris. They will be working at the same stadium where the World Cup was held a few years ago! From the moment the Hardys arrive, though, strange things start happening. Bleachers collapse during practice, fireworks are tampered with, and the stadium lighting system is sabotaged. The stadium -- and soon most of Paris -- is under attack.

Despite the extreme danger that lies directly in their path, the Hardys are hot on the case. Using spy gear like night-vision goggles and digital voice changers, can Frank and Joe trap the mastermind behind these crimes?
Franklin W. Dixon is the author of the ever-popular Hardy Boys books.