The Children's Homer: The Adventures of Odysseus and the Tale of Troy (Paperback) 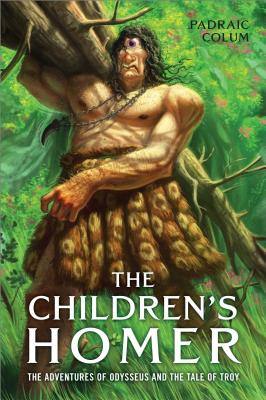 The Children's Homer: The Adventures of Odysseus and the Tale of Troy (Paperback)


Not On Our Shelves—Ships in 1-5 Days
From master storyteller Padriac Colum, winner of a Newbery Honor for The Golden Fleece, comes a collection of fifteen timeless stories inspired by classic Greek literature.

Travel back to a mythical time when Achilles, aided by the gods, waged war against the Trojans. And join Odysseus on his journey through murky waters, facing obstacles like the terrifying Scylla and whirring Charybdis, the beautiful enchantress Circe, and the land of the raging Cyclôpes. Using narrative threads from The Iliad and The Odyssey, Padraic Colum weaves a stunning adventure with all the drama and power that Homer intended.
Padraic Colum (1881–1972) was a poet, a playwright, and a leader of the Irish Renaissance, but he is best known for his works for children, including The Children of Odin and The Golden Fleece (a Newbery Honor Book).

William Andrew (“Willy”) Pogany (August 1882–July 30, 1955) was a prolific Hungarian illustrator of children’s and other books.
Publishers Weekly Colum's stirring telling of the Greek epics is unequaled as an introduction to the classic myths for young readers.