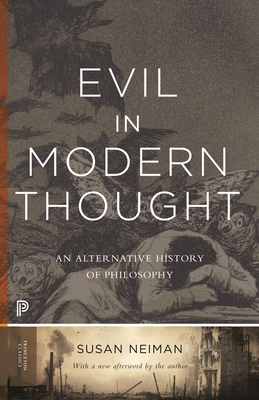 A compelling look at the problem of evil in modern thought, from the Inquisition to global terrorism

Evil threatens human reason, for it challenges our hope that the world makes sense. For eighteenth-century Europeans, the Lisbon earthquake was manifest evil. Today we view evil as a matter of human cruelty, and Auschwitz as its extreme incarnation. Examining our understanding of evil from the Inquisition to contemporary terrorism, Susan Neiman explores who we have become in the three centuries that separate us from the early Enlightenment. In the process, she rewrites the history of modern thought and points philosophy back to the questions that originally animated it. Whether expressed in theological or secular terms, evil poses a problem about the world's intelligibility. It confronts philosophy with fundamental questions: Can there be meaning in a world where innocents suffer? Can belief in divine power or human progress survive a cataloging of evil? Is evil profound or banal? Neiman argues that these questions impelled modern philosophy. Traditional philosophers from Leibniz to Hegel sought to defend the Creator of a world containing evil. Inevitably, their efforts--combined with those of more literary figures like Pope, Voltaire, and the Marquis de Sade--eroded belief in God's benevolence, power, and relevance, until Nietzsche claimed He had been murdered. They also yielded the distinction between natural and moral evil that we now take for granted. Neiman turns to consider philosophy's response to the Holocaust as a final moral evil, concluding that two basic stances run through modern thought. One, from Rousseau to Arendt, insists that morality demands we make evil intelligible. The other, from Voltaire to Adorno, insists that morality demands that we don't. Beautifully written and thoroughly engaging, this book tells the history of modern philosophy as an attempt to come to terms with evil. It reintroduces philosophy to anyone interested in questions of life and death, good and evil, suffering and sense. Featuring a substantial new afterword by Neiman that raises provocative questions about Hannah Arendt's take on Adolf Eichmann and the rationale behind the Hiroshima bombing, this Princeton Classics edition introduces a new generation of readers to this eloquent and thought-provoking meditation on good and evil, life and death, and suffering and sense.
Susan Neiman is director of the Einstein Forum in Potsdam. Her books include Why Grow Up? and Moral Clarity: A Guide for Grown-Up Idealists (Princeton).