A Joyfully Serious Man: The Life of Robert Bellah (Hardcover) 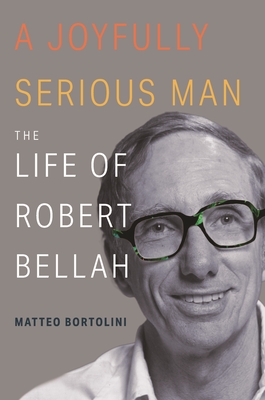 A Joyfully Serious Man: The Life of Robert Bellah (Hardcover)

Robert Bellah (1927-2013) was one of the most influential social scientists of the twentieth century. Trained as a sociologist, he crossed disciplinary boundaries in pursuit of a greater comprehension of religion as both a cultural phenomenon and a way to fathom the depths of the human condition. A Joyfully Serious Man is the definitive biography of this towering figure in modern intellectual life, and a revelatory portrait of a man who led an adventurous yet turbulent life. Drawing on Bellah's personal papers as well as in-depth interviews with those who knew him, Matteo Bortolini tells the story of an extraordinary scholarly career and an eventful and tempestuous life. He describes Bellah's exile from the United States during the hysteria of the McCarthy years, his crushing personal tragedies, and his experiments with sexuality. Bellah understood religion as a mysterious human institution that brings together the scattered pieces of individual and collective experiences. Bortolini shows how Bellah championed intellectual openness and innovation through his relentless opposition to any notion of secularization as a decline of religion and his ideas about the enduring tensions between individualism and community in American society. Based on nearly two decades of research, A Joyfully Serious Man is a revelatory chronicle of a leading public intellectual who was both a transformative thinker and a restless, passionate seeker.
Matteo Bortolini is associate professor of sociology at the University of Padua in Italy. He is the coauthor of Italian Sociology, 1945-2010: An Intellectual and Institutional Profile and the editor of The Anthem Companion to Robert N. Bellah. He lives in Bologna, Italy.