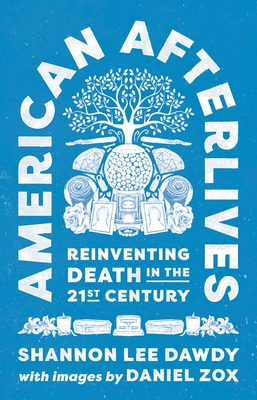 Death in the United States is undergoing a quiet revolution. You can have your body frozen, dissected, composted, dissolved, or tanned. Your family can incorporate your remains into jewelry, shotgun shells, paperweights, and artwork. Cremations have more than doubled, and DIY home funerals and green burials are on the rise. American Afterlives is Shannon Lee Dawdy's lyrical and compassionate account of changing death practices in America as people face their own mortality and search for a different kind of afterlife. As an anthropologist and archaeologist, Dawdy knows that how a society treats its dead yields powerful clues about its beliefs and values. As someone who has experienced loss herself, she knows there is no way to tell this story without also reexamining her own views about death and dying. In this meditative and gently humorous book, Dawdy embarks on a transformative journey across the United States, talking to funeral directors, death-care entrepreneurs, designers, cemetery owners, death doulas, and ordinary people from all walks of life. What she discovers is that, by reinventing death, Americans are reworking their ideas about personhood, ritual, and connection across generations. She also confronts the seeming contradiction that American death is becoming at the same time more materialistic and more spiritual. Written in conjunction with a documentary film project, American Afterlives features images by cinematographer Daniel Zox that provide their own testament to our rapidly changing attitudes toward death and the afterlife.
Shannon Lee Dawdy is an anthropologist, archaeologist, and filmmaker. A professor at the University of Chicago and a MacArthur Fellow, she is the author of Patina: A Profane Archaeology and Building the Devil's Empire: French Colonial New Orleans. Film website ilikedirtfilm.com