The Sea at Mughain (Paperback) 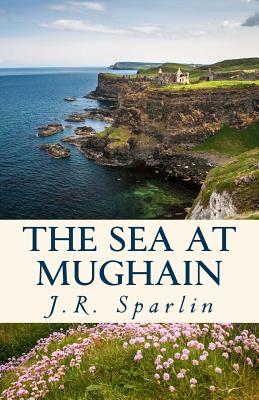 The Sea at Mughain (Paperback)


Not On Our Shelves—Ships in 1-5 Days
(This book cannot be returned.)
It is an important day for Mughain, daughter of the king of Dal nAraide. She meets two very important people. One is Brendan, son of the neighboring king of Dal Riata. The other is a Saxon slave girl, Gwyneth. In this time where myth and history blur, Mughain and Brendan fall in love. But Brendan has a secret that could destroy everything, and Mughain must make a choice that could put two kingdoms at war forever.Praise for The Sea at Mughain (first edition): "This charming novella . . . packs plenty of Celtic intrigue, magic, and romance swirling like an Irish mist around the heroine, the king's fearless sixteen-year-old daughter, Mughain." -- Renaissance Magazine"Set in Ireland's lush and mystical past, it infuses ancient history and mythology to create a family saga of love, isolation, and the inherent problems with being a minor princess in a kingdom of old . . . Sparlin introduces us to vibrant landscapes and a host of interesting characters, all of which are woven into an intriguing and timeless storyline." -- Beyond Centauri.
J.R. Sparlin is the author of The Sea at Mughain, a historical fantasy novella for young adults and up. Her poems and short stories have appeared in a number of publications, sometimes under the name Jennifer Sparlin. She is the recipient of the inaugural 2012 Clare Vanderpool Work of Promise Scholarship, awarded by the Kansas chapter of the Society of Children's Books Writers and Illustrators. Much of the inspiration for The Sea at Mughain came from a memorable trip to Ireland, where it is possible to have strange adventures. She lives in Wichita, KS with her husband and cats.