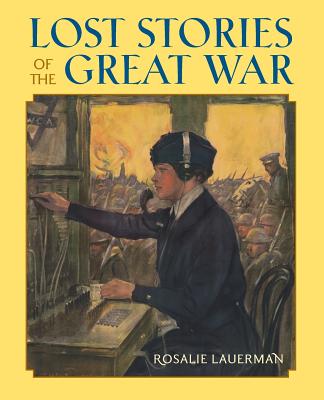 Lost Stories of the Great War spotlights little-known but fascinating true stories of courageous Americans who wished to "do their part" in Europe during the Great War--now called World War One. From shock troops to canteen workers, they bravely persevered "to make the world safe for democracy." Their riveting stories, embedded with chilling quotes from the battlefields, bring history to life. On-the-scene photographs, vintage war posters, and combat artists' works amplify and enhance the narrative.

Whether battling on a bloody combat field or dropping "paper bombs" from an early airplane, every story is remarkable.