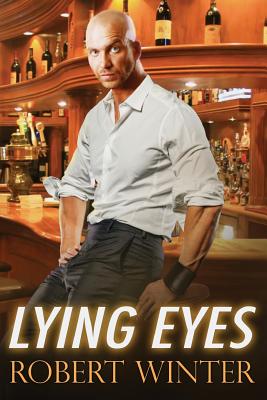 
Not On Our Shelves—Ships in 1-5 Days
(This book cannot be returned.)
This bartender's art lies in more than mixing drinks ... Randy Vaughan is a six-foot-three mass of mysteries to his customers and his friends. Why does a former Secret Service agent now own Mata Hari, a successful piano bar? Where did a muscle daddy get his passion for collecting fine art? If he's as much a loner as his friends believe, why does he crave weekly sessions at an exclusive leather club? Randy's carefully private life unravels when Jack Fraser, a handsome art historian from England, walks into his bar, anxious to get his hands on a painting Randy owns. The desperation Randy glimpses in whiskey-colored eyes draws him in, as does the desire to submit that he senses beneath Jack's elegant, driven exterior. While wrestling with his attraction to Jack, Randy has to deal with a homeless teenager, a break-in at Mata Hari, and Jack's relentless pursuit of the painting called Sunrise. It becomes clear someone's lying to Randy. Unless he can figure out who and why, he may miss his chance at the love he's dreamed about in the hidden places of his heart. Note: Lying Eyes is a standalone gay romance novel with consensual bondage and a strong happy ending. It contains potential spoilers for Robert Winter's prior novel, Every Breath You Take.
Robert Winter lives and writes in Provincetown, Massachusetts. He is a recovering lawyer who prefers writing about hot men in love much more than drafting a legal brief. He left behind the (allegedly) glamorous world of an international law firm to sit in his home office and dream up ways to torment his characters until they realize they are perfect for each other. When he isn't writing, Robert likes to cook Indian food and explore new restaurants. He splits his attention between Andy, his partner of sixteen years, and Ling the Adventure Cat, who likes to fly in airplanes and explore the backyard jungle as long as the temperature and humidity are just right.