The First Book of Machines (Paperback) 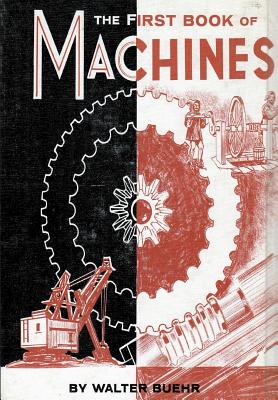 The First Book of Machines (Paperback)

The First Book of Machines, first published in 1962, is a timeless work that explains the history of machines up to modern devices that assist mankind do its work. While we think of modern technology as being greatly different from what our forbears had at their disposal, Walter Buehr demonstrates that all machinery is based on six simple machines: the inclined plane, the wedge, the lever, the wheel and axle, the screw, and the pulley. Some machines are combined to become complex machines. Buehr discusses manufacturing and how some machines are used to make other machines. He delineates machines that are used in daily life as well as a breakdown of other uses, such as those used in construction, farming, transportation, household, office and business. He introduces the concept of automation and computers, although that world of technology has seen astounding development in the half century since the book was originally written. The book is illustrated throughout with pictures by the author. Although intended for an elementary audience, the material contained in The First Book of Machines is accurate and informative, and may inspire young readers with an interest in engineering.