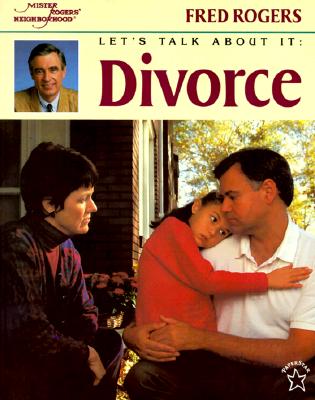 
In Stock—Click for Locations
"Mister Rogers's talent for calmly explaining scary emotional upheaval to young children shines in this latest volume....Rogers offers caring support and validation for readers working through such trauma, and he supplies concrete examples of ways kids can deal with the stress....Books that offer such honest reassurance are rare." -- Publishers Weekly (starred review) "Excellent." -- American Bookseller"This book fills a gaping hole on library shelves." -- School Library Journal
Producer, magician, writer, puppeteer, minister, husband, father, Fred Rogers started out in children's television thirty years ago. The direction he trailblazed was the "creation of television programming that spoke, with respect, to the concerns of early childhood, not as adults see it but as children feel it."

He has received virtually every major award in the television industry for work in his field, and dozens of others from special-interest groups.