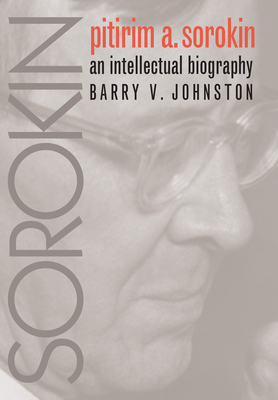 
Special Order—Subject to Availability
Pitirim A. Sorokin (1889-1968) was one of the most original, important, and controversial figures in American sociology. His spectacular rise from a peasant childhood in Czarist Russia to the Olympian heights of Harvard University provides an unlikely and fascinating lens for examining the history of an entire discipline. And, as Barry Johnston shows, his equally dramatic fall from favor and unexpected resurrection illuminate both Sorokin's life and the tempestuous world of academic politics. An outspoken revolutionary and secretary to Alexander Kerensky, Sorokin was imprisoned and ordered executed by Lenin, then reprieved and exiled. During the 1920s, he flourished as a teacher and scholar at the University of Minnesota, where he published several pioneering books on the Russian Revolution, social mobility, sociological theory, and rural sociology. Harvard president A. Lawrence Lowell was so impressed that he recruited Sorokin to chair the university's first department of sociology. From 1930 to 1944 the department prospered under Sorokin's leadership, attracting an entire generation of young scholars who in their own right would have a profound impact on the discipline. In this period, Sorokin published several volumes of his magnum opus, Social and Cultural Dynamics, and became embroiled in a bitter battle with rival Talcott Parsons for control of the department. Parsons ultimately deposed Sorokin and transformed sociology into the Department of Social Relations. Sorokin nevertheless stayed on at Harvard, where he established the Center for Creative Altruism but otherwise continued to work in relative obscurity. Finally in 1963, after years in eclipse, Sorokin was recognized for his accomplishments when he was elected president of the American Sociological Association. During a long and distinguished career, Sorokin amassed an amazingly diverse and substantial body of work, much of which set the standard for the field. At the same time, he broke with the conventions of sociology, frequently ridiculing and taunting his less adventurous colleagues. For his heresy, the flamboyant Sorokin was condemned and driven to the periphery of a profession anxious for legitimacy as a science. As a result, Sorokin's ideas have been consistently ignored and misunderstood for more than a quarter century. Based on exhaustive research in Sorokin's papers and the Harvard archives, as well as interviews with Sorokin's surviving family members, former students, and colleagues, this biography restores Sorokin to his rightful place in the pantheon of American intellectuals.