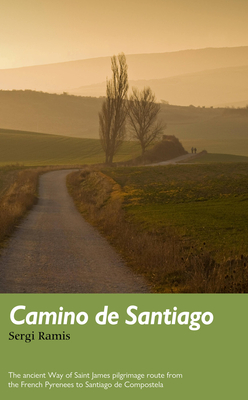 The first one-volume walking guide to the most popular long-distance route walked by British tourists in Europe. With the advent of low-cost airlines it is as cheap for the British tourist to go to mainland Europe as to the extremities of the UK -- which is why in recent years continental long-distance routes have become increasingly popular with the British walker. Most popular by far is El Camino de Santiago de Compostela, the ancient Christian pilgrimage route that has been travelled for over a thousand years to the Cathedral of Santiago de Compostela, where, legend has it, the bones of St James are buried. This guide follows the most popular route, starting at St Jean-Pied-de-Port in south-west France and heading all the way westwards across northern Spain for 800km to finish at Cape Finisterre on the Atlantic coast. Now, extending its series of Trail Guides beyond the UK for the first time, Aurum publishes the first compact one-volume guide to the path, fully illustrated with photography, it offers comprehensive route directions, sectional route maps, gradient profiles, a history of the route and details of sights to see and separate chapter guides to the main cities along the way like Pamplona, and a list of accommodation en route.

Sergi Ramis is an editor at Ecos Travel Books in Spain. He lives in Barcelona.

This is one of the very few books that encompass the entire route in one manageable volume . . . and is very detailed in its directions.