The Cyrus Cylinder and Ancient Persia: A New Beginning for the Middle East (Hardcover) 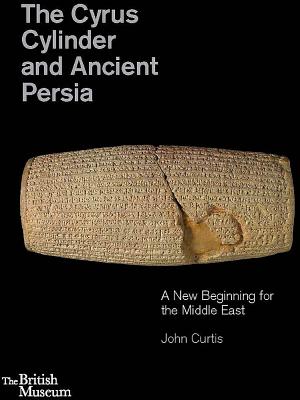 The Cyrus Cylinder and Ancient Persia: A New Beginning for the Middle East (Hardcover)


Special Order—Subject to Availability
The Cyrus Cylinder is one of the most famous objects to have survived from the ancient world. The Cylinder was inscribed in Babylonian cuneiform on the orders of the Persian King Cyrus the Great (559-530BC) after he captured Babylon in 539BC. It is often referred to as the first bill of human rights as it appears to permit freedom of worship throughout the Persian Empire and to allow deported people to return to their homelands. It is valued by people all around the world as a symbol of tolerance and respect for different peoples and different faiths, so much so that a copy of the cylinder is on display in the United Nations building in New York.
This catalogue is being published in conjunction with the first ever tour of the object to the United States, along with sixteen other objects from the British Museum's collection. The book discusses how these objects demonstrate the innovations initiated by Persian rule in the Ancient Near East (550 BC-331 BC), a prime example being a gold plaque from the Oxus Treasure with the representation of a priest that shows the spread of the Zoroastrian religion. The book offers a new authoritative translation of the Cyrus Cylinder by Irving Finkel and the publication of two fragments of a cuneiform tablet that show how the Cyrus Cylinder was most probably a proclamation and not just a foundation deposit.