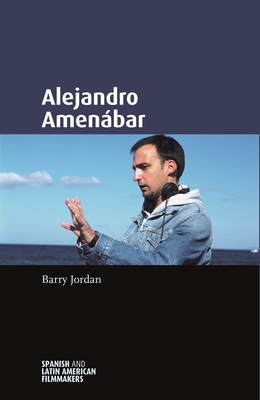 Since the release of his first feature in 1996, Alejandro Amen bar has become the 'golden boy' of Spanish filmmaking, a bankable star director whose brand virtually guarantees quality, big audiences and domestic box office success. He has directed three of the highest-grossing movies in Spanish film history and has enjoyed enormous international and critical acclaim, including an Oscar for Best Foreign Film for Mar Adentro/The Sea Inside, 2004.

This book is the first full-length study in English of Amen bar's shorts and feature films. It provides detailed analysis of his engagement with popular film genres as the basis for an auteur cinema and incorporates a reappraisal of his auteurism as fundamentally decentred and shared. An essential resource for students, scholars and fans of Amen bar, the book will also appeal to a wider readership, including professionals in the film, media and culture industries as well as those who have a general interest in the best of Spanish, European and world cinema.
Barry Jordan is Professor of European Cinema and Culture at De Montfort University, Leicester