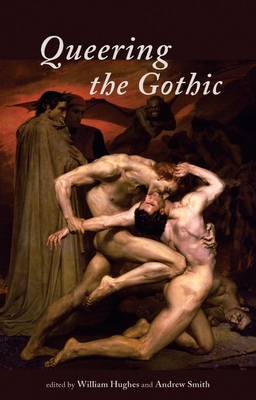 
Not On Our Shelves—Ships in 1-5 Days
Queering the Gothic is the first multi-authored book concerned with the developing interface between Gothic criticism and queer theory. Considering a range of Gothic texts produced between the eighteenth century and the present, the contributors explore the relationship between reading Gothically and reading Queerly, making this collection both an important reassessment of the Gothic tradition and a significant contribution to scholarship on queer theory. Writers discussed include William Beckford, Matthew Lewis, Mary Shelley, George Eliot, George Du Maurier, Oscar Wilde, Eric, Count Stenbock. E. M. Forster, Antonia White, Melanie Tem, Poppy Z. Brite, and Will Self. There is also exploration of non-text media including an analysis of Michael Jackson's pop videos. Arranged chronologically, the book establishes links between texts and periods and examines how conjunctions of 'queer', 'gay', and 'lesbian' can be related to, and are challenged by, a Gothic tradition. All of the chapters were specially commissioned for the collection, and the contributors are drawn from the forefront of academic work in both Gothic and Queer Studies.