Introduction to Spiritual Ecology: The Magic of Nature (Paperback) 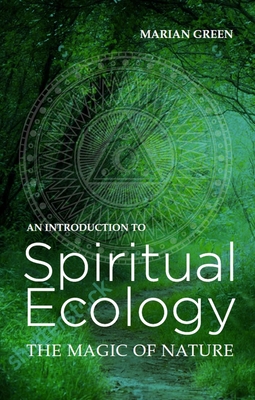 Introduction to Spiritual Ecology: The Magic of Nature (Paperback)


Backordered
Our world is constantly undergoing changes and while most of these occur within the natural cycles of the year, seasons, day and night, now there are new powerful forces for transformation bringing chaos and disruption to many.

The certainties by which we have always lived are being swept away. We have to rethink many aspects of our lives and find a new spiritual path. Combining this journey with the natural world will bring us closer to health, happiness, and contentment.

This book explores many traditional ideas about sustaining our relationship with nature. By reconnecting to wild places, to trees and stones, to plants and animals, to rivers and oceans, and to the tides and cycles of our ever-turning planet, we can restore the ancient magical arts that have guided people since the Stone Age, and so learn to heal ourselves and help to heal the Earth. By respecting life, we can develop a modern spiritual impulse that honors the past, works with change, and creates hope for the future.

Marian Green has been working in the fields of magic, witchcraft, and the Western Mysteries for many years. She founded both the Quest Conference, which is held every year, and the magazine Quest. She is a council member of the Pagan Federation and previously was the editor of Pagan Dawn. She runs occasional workshops and has published over twenty books, which have been translated into ten languages. She has been influential in the development of the solitary movement in English witchcraft. She chooses not to have an internet or social media platform.

"Green paints a picture of witches as young feminists at the vanguard of a new movement for political engagement and empowerment." —Publishers Weekly on The Apprentice's Witch's Spell Book

"So much one can learn here … This is a small, elegantly illustrated book to carry around in order to see how magic is manifested in our daily lives." - San Francisco Book Review onCharms, Amulets, Talismans & Spells